NPS, or Net Promoter Score, is one of the most commonly used customer feedback metrics. Measuring customers' willingness to recommend your company or service is strongly linked to customer satisfaction. Merely monitoring NPS typically is not enough. Changes over time and comparisons between different services or units can provide valuable insight into your operation. You can also collect open text feedback and analyze it through NLP to get more detailed view on what needs to be done.

Picture. Example of NPS's change over time and breakdown by sub group in Zeffi survey tool. 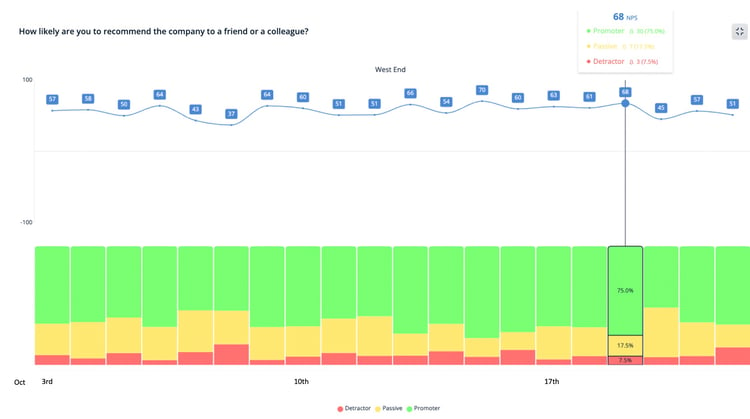 How is NPS calculated?

How can I easily get NPS scores for my organization?

At Zeffi, we have a simple way to do this. The NPS measurement described above can be done using a NPS survey template. Usually, you will want to include some information about your organization on the survey form, or you can import it together with respondents' contact details. Have a look at our sample NPS report (open report with email example (at) zef.fi).

It is very straightforward to have an NPS measurement system up and running for your organization!

Why Zeffi?   I'll tell you why. In a good Business strategy we need to...
Mari Paasovaara
Customer Experience, Surveys

Customer-centricity is almost always one of the values of successful b...
Zeffi