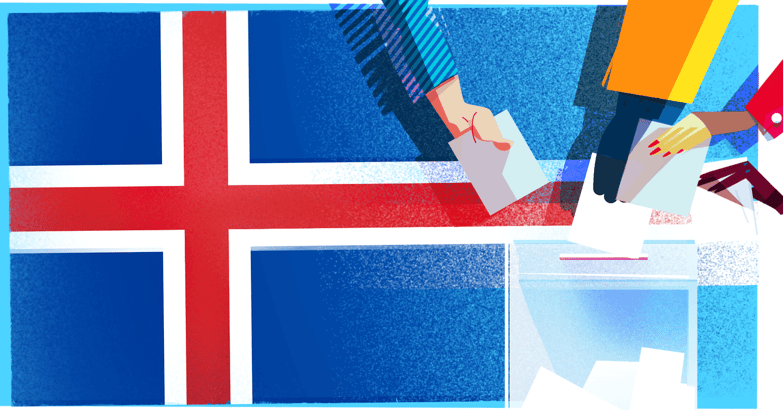 After the unforeseen dissolution of Althing, the Icelandic Parliament, it was announced by Prime Minister Bjarni Benediktsson on September 15th that an impromptu election would be held to elect new parties. Voters were caught off guard and needed to learn about their options quickly. In order to educate voters, RÚV, The National Broadcasting Media of Iceland, used a Voting Aid tool from the Finnish survey company, ZEF. This was the third time that RÚV used the simple and efficient Voting Aid to educate Icelandic voters.

Voting Aid quickly and effectively educates voters by asking them questions and then showing them the candidates and parties that best match their values and opinions. There were 201,777 votes cast in the election, and 95,000 users had obtained results from the Voting Aid in the two short weeks that it was online.

Before the launch, each candidate was invited to answer the Voting Aid’s questions which were created by RÚV. Candidates also submitted their personal photo and any additional voluntary information. Once information for the candidates had been gathered, the Voting Aid was embedded into RÚV’s website and released to the public.

Voters used the online Voting Aid to answer the same questions that the candidates had previously answered. They then got instant individualized feedback about both the candidates and the parties that best represented their values and opinions. The whole process only took a few minutes of each voter’s time.

Ultimately, ZEF’s Voting Aid is a simple, accurate and modern way to educate voters and add transparency to the democratic process. It has been used to aid election transparency in over 10 countries including Norway, Great Britain, Egypt, Qatar, the US, Iceland, Spain, Croatia, and South-Africa.

Voting Aid is easy to use and obtain. For more information about Voting Aid please contact:

The City of Oulu has used ZEFsurvey actively for years. We interviewed...
ZEF
Surveys, exams, studies

Zef tool has many opportunities!

we are now in a phase where most of the meetings, courses and training...
Mari Paasovaara
Management, Surveys, decisionmaking

Why Zeffi?   I'll tell you why. In a good Business strategy we need to...
Mari Paasovaara