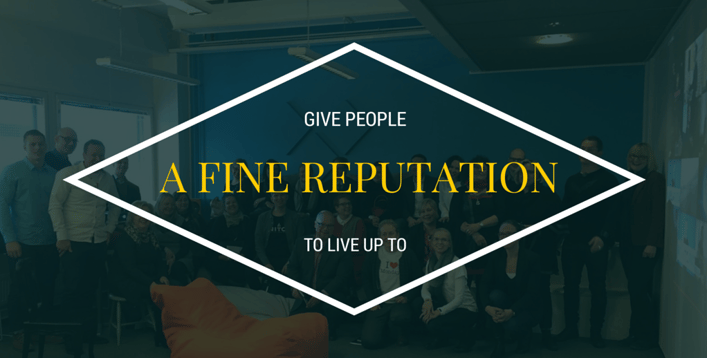 It’s Monday morning and everyone at the office is sitting in our common area, joining in on our weekly meeting. We’re going though last week’s events and my supervisor is telling everyone about how well I performed on an important project.

She praises and compliments me and at the end, everyone applauds me. I grow at least 6 feet taller and I'm extremely motivated and excited about my work for the rest of the day.

This sincere compliment felt unbelievably good! Why did that small form of recognition affect me in such a big way?

Praising others is not typical in Finnish culture, and accepting compliments is even more rare. “Your shirt is so beautiful!” “Oh this old thing? I just grabbed it from the back of my closet, it’s nothing special.” Sound familiar? Giving compliments is often mixed up with sucking up to someone, where the compliment is given in order to benefit from it in some way. A person sucking up to someone else can usually be spotted quite quickly and pretty much no one likes it. Giving a compliment, on the other hand, is a sincere way of praising someone, in which your only goal is to make the other person feel good.

In many companies, the most successful employees are awarded with yearly bonuses. In other words, the employee is thanked once a year. Yearly bonuses can be a great incentive, but when you think about the fact that people spend almost a third of their time at work, it would be good idea to take employees into consideration more often.

A colleague of mine was extremely successful at his previous job and he was one of the star performers of the company. When I asked him why he left, he answered that no one ever thanked or praised him.

“This company lost their best employee because they never remembered to thank him.”

I doubt that this story is the only one of its kind.

Giving compliments and thanking others is great for business. To begin with, it doesn’t cost anything. My supervisor used about 30 seconds of her time to compliment me during our weekly meeting, but that 30 seconds effected me for months. I want to be that employee that is thanked and praised. Dale Carnegie, an American relationship and presentation skills’ coach, has said the following: “Give people a fine reputation to live up to.” If a person is thanked publicly for her skills, they will want to keep up that reputation. They will work even harder, with more motivation and with more finesse.

Much has been written and spoken about good leadership, but good leaders usually have one thing in common: being appreciative. When Warren Buffet, Richard Branson or Bill Gates is interviewed, they emphasize the importance of work done by others.

If you are in a managerial position, ask yourself this:

“When was the last time that I thanked someone?”

I’m sure you want to have the best possible people working for you, people who will take your company towards even better results. This can be done if you build up a reputation of being an appreciative supervisor. You do want to keep up that reputation, right? 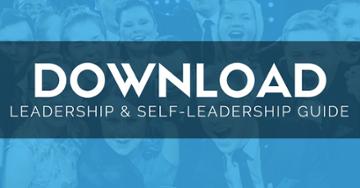 This is what Mikko Seppä said in his speech at the Modern marketing ev...
Tuomas Haapsaari

What If Happiness Was the #1 Measure of Work Success?

GDPR & Surveys - What to Keep in Mind

Surveys are used to collect different kinds of data about, for example...
Maarit Kaikkonen